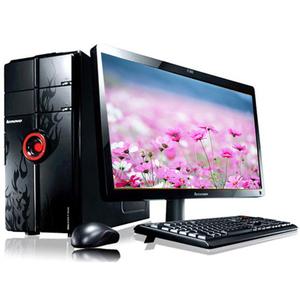 In November 2013, the number of products sold in Chinaâ€™s desktop market reached 1,308, which were divided into 15 brand manufacturers. This month, Lenovoâ€™s leading brand awareness remains unchanged, but it is worth noting that HPâ€™s slight advantage of 0.4% surpassed Dell's rise to the brandâ€™s second highest concern. Product parameters, 4GB of memory, discrete graphics and 1GB of video memory are the focus of the user.

â€¢ Brand analysis: The competition between HP and Dell brands tends to be hot and Lenovo has the highest single-product concern.

First, the brand attention pattern â€¢ Lenovo brand attention is obvious in November desktop computer market, Lenovo's dominance remained unchanged, its brand awareness this month was 56.3%. Hewlett-Packard and Dellâ€™s second- and third-placed brands have remained at the same level of attention, at 11.6% and 11.2%, respectively, and the competition between the two brands is relatively intense. On the whole, the top three brands have accumulated close to 80% of the marketâ€™s share of attention, and usersâ€™ attention is relatively concentrated.

Second, the product focus on the pattern (a) product focus on the pattern â€¢ Lenovo IdeaCentre K415 won the desktop computer market in November, Lenovo IdeaCentre K415 with 6.0% user attention to get this month's product attention champion, ASUS CG8890-C11C and Lenovo home Yuet S520 points Ranked second and third place, the attention degree was 3.7% and 3.0%, and the attention of other brands was relatively low. With regard to product gaps, apart from the obvious advantages of championship products this month, the competition among other products is relatively fierce.

â€¢ The relative price of Lenovo's Erazer opponent D305 was the lowest this month. The average price of the 10 products on the list was relatively high, reaching 9470 yuan. Excluding more than two million yuan models, the remaining eight products are mainly concentrated between 2000-5000 yuan, of which Lenovo Erazer opponent D305 relatively low price, the market price is 2150 yuan. Judging from the core of product processors, the prices of products with more than four cores are all over 4,000 yuan, compared with the price advantage of dual-core products.

(II) Product Attributes 1. Product Positioning â€¢ Concern over business desktops rose in the desktop PC market in November. Compared with October-November products with different positioning products, the home desktop PCs still accounted for more than 60% of the marketâ€™s attention. It is 26.2% higher than that of commercial desktops. It can be seen that home desktops dominate the market. Concerned about changes in the proportion of business desktops this month, attention has increased, from 33.9% in October to 36.9% in November, up 3%.

â€¢ Concern over domestic brands continued to rise In the desktop PC market in November, from the point of view of the brandâ€™s affiliates, the domestic brand userâ€™s attention this month was 63.3%, and the leading edge with foreign brands expanded from 22.2% in October to 11 26.6% of the month. Concerned about the proportion of changes, this month, domestic brand users to maintain the continued upward trend in the previous trend, compared with October, its attention again rose by 2.2%.

â€¢ 1GB memory desktop computers are favored In the desktop PC market in November, from the aspect of product memory capacity, desktop computers with shared memory and memory capacity accounted for 43.0% of the total market, and 1GB of video memory ranked second with 33.4% of products. Other memory capacity products account for a relatively low percentage. In terms of user attention, although 1GB memory products accounted for the second highest proportion, its user attention was higher than the top, reaching 41.1%, and the userâ€™s attention was more concentrated.

III. Analysis of Mainstream Brands (I) Concern about proportion trends of mainstream brands â€¢ Competing competition between HP and Dell brands In the desktop computer market in November, ZDC statistics showed that the Lenovo brandâ€™s overall attention remained stable, and its brand awareness on the 30th was 58.6%, basically the same as on the 1st. Compared with Lenovoâ€™s absolute lead, this monthâ€™s attention from HP and Dellâ€™s two brand users was stagnant. The attention gap remained within 1% after one day, and the brand competition between the two brands became fierce.

ZDC concluded that the price segment of 3000-4999 yuan still dominates the market this month, and the number of products accounts for 46.1% of the overall market. At the same time, the user interest in the price segment is also relatively concentrated. With regard to changes in the degree of attention of users, the degree of attention of products below 3,000 yuan has risen sharply, and with the start of sales at the end of December, the attention of products below 3,000 yuan will continue to rise.

FIRSTPOWER offers a full assortment of starting batteries delivering a multitude of applications.  Those products are made to fit automotive, truck, SUV, heavy-duty, commercial, marine, RV, lawn & garden as well as many other niche applications.

We welcome orders with "FirstPower" brand; We are also flexible to accept orders on OEM basis. Contact us now! Your partnership with FirstPower will prove worthy of it.