LED lighting is difficult to develop, new mode is low in operation

In the early days of high LED lighting market costs, EMC was once considered a tool to open up the market.

EMC, or ENERGY MANAGEMENT CONTRACT (EMC), is a new type of market-oriented energy-saving mechanism. Its essence is an energy-saving business method that pays the full cost of energy-saving projects with reduced energy costs. In short, with the EMC model, buyers can replace new energy-efficient devices at â€œzero costâ€ without paying any additional costs.

"The advantage of the EMC model is that it can minimize the acceptance threshold of customers." Yan Shirong, executive vice president of the Shenzhen LED Industry Association, told reporters that this is of great significance to the LED industry in the market development period. In this context, the EMC model was once expected to face more than 70% of the municipal LED lighting market.

However, according to the survey, under the constraints of many domestic factors, the EMC model in the LED lighting market is more "looking beautiful." Due to the government's financial system of â€œtwo lines of revenue and expenditureâ€, EMC lacks operability in the implementation process. In addition, the low electricity bills in some regions have also led to the EMC investment cycle is too long, LED lighting companies lack of enthusiasm.

"In theory, the EMC model can solve the buyer's funding problem very well, so it is more acceptable to the buyer." Zhang Yusheng, executive vice president of LED lighting company Huaying Group, told reporters that LED lighting is facing a replacement market. In the market expansion, the EMC model was once expected to be quite high.

According to Zhang Yusheng, there are usually two types of EMC cooperation: First, the annual savings in electricity bills are divided by the government and enterprises, and are returned year by year until the contracted amount is completed. Usually, under this model, the contract execution period is higher. The second is that for the annual electricity savings, the full amount is returned to the LED company until the contracted amount, "this mode is faster, and is more favored by LED companies."

This is only the basic architecture of the EMC model. In the actual implementation, there are often financial intermediaries such as banks involved. "EMC has a lot of pressure on corporate funds, and it is often difficult for enterprises to support their own funds." Zhang Yusheng said that in the EMC model, banks generally provide loan support for LED companies. "A mature EMC model, at least by enterprises, customers and banks." The tripartite is completed."

The involvement of financial leverage has enabled an EMC project to be launched at a low cost â€“ this is undoubtedly a good medicine for the LED market. Previously, the high price cost of LED lighting products has become a direct obstacle to its marketing. For a time, the "energy" of the EMC model began to expand in the booming Chinese LED market. Our reporter learned that well-known enterprises in the domestic LED lighting industry, such as Qinshang Optoelectronics, Huaying Group, etc., have launched EMC projects.

Game between electricity tariff and scale

The "looking beautiful" EMC model is a lot of resistance in real-world execution.

"Not all projects are suitable for the EMC model." Zhang Yusheng analyzed the reporter. The EMC model is characterized by the more electricity savings, the shorter the project investment recovery cycle.

It depends on two factors. The first is the size of the project, that is, the number of lamps replaced by the project. The larger the number, the more electricity savings are saved. But to a certain extent, this is in contrast to the government's concept of energy conservation. â€œFrom the perspective of economy, some city governmentsâ€™ street lighting often adopts the energy-saving method of 'spotlights'.â€ Li Zhijiang, chairman of Shenzhen Wanrun Technology, who visited the streetlight market, explained that especially in the secondary cities, After the zero crossing, the street lights are often lit up every other day.

"From a saving point of view, electricity bills will be saved by half. But from the perspective of EMC model implementation, it means that the return on investment will be doubled." Li Zhijiang said: "For LED companies, the more The savings are less suitable for the EMC model."

â€œIf the electricity bill is low in an area, the EMC model is very difficult to implement.â€ Zhang Yusheng gave the reporter an example. Huaying had visited many cities in Jiangsu Province, and the local average electricity bill was only about 0.5 yuan/kWh. â€œCompared with Shenzhen, etc. In the area of â€‹â€‹about 0.9 yuan / kWh, if Jiangsu adopts the EMC model, its investment cycle should be doubled." After examining a number of streetlight projects in Jiangsu, Hua Tuo chose to give up.

Subject to "two lines of revenue and expenditure"

The electricity bill and scale are limited, and it is not all the factors that the EMC model has encountered in the LED industry.

It is understood that currently in the domestic LED lighting field, more than 70% of the market is municipal lighting projects. Although the State Council has repeatedly proposed to promote the development of energy-saving and emission-reduction industries such as LED, it is understood that EMC implementation is still struggling in the LED lighting replacement market dominated by the grassroots government.

"From the surface, the department that uses electricity does not spend money." An LED company official who participated in the government EMC project analyzed that this directly led to the specific government departments, and the power to replace the LED products for energy conservation and emission reduction was insufficient.

Not only that, but also the financial system of â€œtwo lines of revenue and expenditureâ€, another LED company official trying to participate in the EMC project told reporters that â€œthe current government departmentâ€™s financial system, the government department does not have independent payment of electricity fees. It is difficult to cash in the money saved by replacing new energy sources such as LEDs."

Feng Jun, chairman of Shenzhen Eite Lighting Co., Ltd. said in an interview that the original plan was to use the EMC model to open up the municipal engineering market. "But eventually it was forced to give up because it could not find the counterparty to pay the unit."

An LED executive who did not want to be named bluntly said that due to the long implementation cycle of the EMC project, the adjustment of government agencies and personnel will bring great uncertainties to the future implementation of EMC contracts. In this context, banks that act as financing intermediaries do not dare to lend easily.

In April 2008, Huaying Group signed a contract with Jiangxi Jingdezhen Municipal Government for the renovation of EMC street lamps with a contract value of RMB 50 million. It is the first EMC project in the field of LED street lamps in China. â€œThe coordination and unified management of the local government played a big role in the execution of the contract,â€ Zhang Yusheng said.

TWS, means true wireless stereo. The implementation of this technology is based on the development of bluetooth chip technology. Technically speaking, it means that the mobile phone is connected to the main speaker, and then the main speaker is connected to the speaker through the Bluetooth wireless mode, thereby realizing the true separation of the left and right channels of the Bluetooth. When the slave speaker is not connected, the main speaker returns to the mono sound quality. TWS technology is used in the field of Bluetooth Headsets, so it has also spawned a new product - TWS Bluetooth headset.Since the TWS Bluetooth headset does not require a wired connection, the left and right earphones form a stereo system through Bluetooth, and the convenience of listening, talking, and wearing are improved.

2. Various ways of use, both exclusive and shared, and can also be used as two earphones. 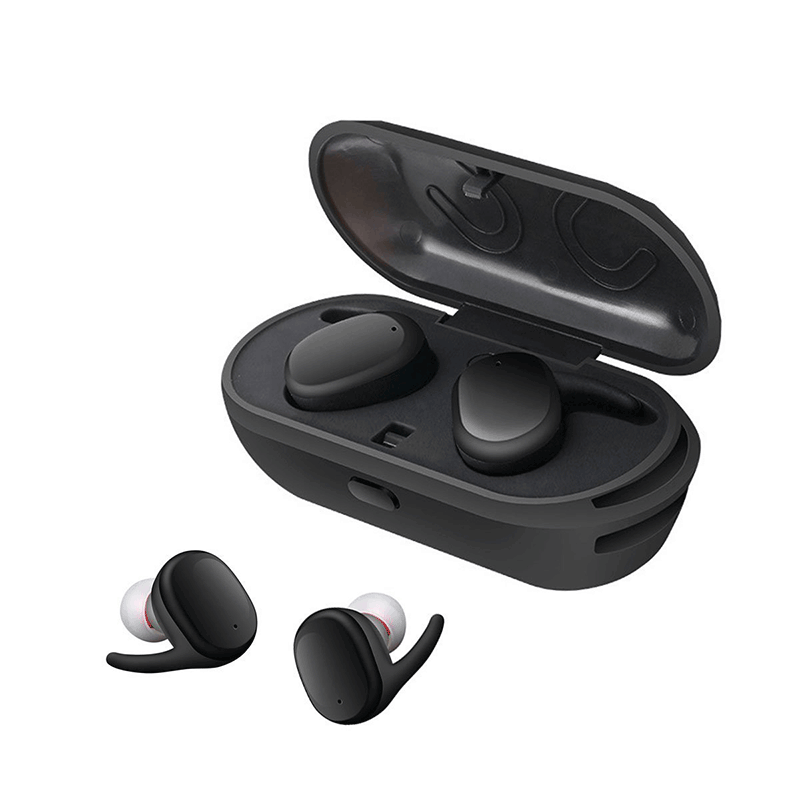