Abstract: This paper introduces the application of ReFLEX technology in automotive wireless remote security control system. The system mainly uses ReFLEX-XMODEM high-speed wireless paging template and high-speed CPU with EEPROM and online programming to decode and detect the single-bus automatic identification chip installed in the car. It can control the safe start of the car engine terminal, which is effective. Car anti-theft system.

Based on ReFLEX technology, XMODEM is applied to automotive wireless remote safety control system, providing a new type of electronic detection and control system solution for vehicle safety. The system is equipped with a ReFLEX-XMODEM paging module, which is loaded with a single-bus automatic identification (ID) chip in key parts such as the car engine, oil circuit, and starting device. At the same time, the driver holds the electronic key and the electronic detection controller The vehicle's intrinsic equipment can be identified, the driver can be identified, and the car can be remotely controlled via the wireless ReFLEX-XMODEM, thus completing a reliable vehicle remote safety control system. 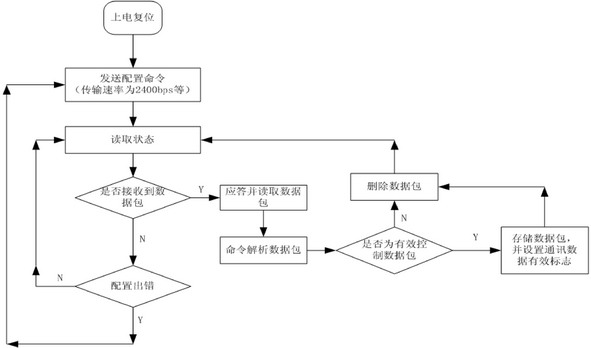 ReFLEX is a high-speed two-way radio paging package technology that can perform two-way synchronous data transmission. The maximum capacity of a ReFLEX paging network can reach more than 900 million. The XMODEM protocol is a widely used asynchronous file transport protocol. This protocol transmits data in the form of 128B, and each block uses a checksum process for error detection. The ReFLEX-XMODEM module uses a CRC error detection method with an accuracy of 99.6%.

The ReFLEX-XMODEM module used in this system is WIRLKI of Advantra, and the data transmission baud rate is set to 2400bps.

The system ID chip uses Maxim's DS2406 and DS1990A, and its control uses three pins: signal line, output port (PIO) and ground. The main features are as follows: The single bus output of the OC gate allows multiple ID chips to be hung on the same bus, and each independently turns on and off. The CPU can read and write them separately to achieve long-distance closed-loop control. The open-drain PIO port allows 50mA of sink current to output high and low levels for control of other devices. In addition, the chip also has a 64-bit laser ROM, which has been cured in the laser ROM with a unique identification code.

The main functions of the core control circuit are:

The car security circuit mainly includes four inherent ID chips, which can be installed in key parts such as the engine, oil circuit and starting device of the car. The CPU EEPROM contains four different passwords corresponding to four ID buttons. The four intrinsic ID chips plus a button interface are hung on the same signal line and connected to J1-2. When the car power is turned on, the CPU first detects whether there are four unique ID chip passwords through J1-2 and J1-1. Then, the driver presses the ID button on the button interface, and the CPU compares the button ID password with the EEPROM. One of the passwords matches, and determines whether to switch on the oil circuit or start the device.

The general block diagram of the software system is shown in Figure 2.

The overall block diagram of the central data processing and control program is shown in Figure 4.

The central data processing program mainly completes the control function of the whole system, performs command decomposition processing on the communication data, and controls the indicator light, the buzzer, the oil circuit and the starting device.

In this design, the core program is compiled in the system using AVR microcontroller assembly language. The upper computer uses the interface program compiled by Visual Basic to realize the read/write of the ID chip.

As a new type of automotive safety control product, this system realizes remote safety control function by applying ReFLEX-XMODEM module. Especially, it is worth noting that each ID chip installed in the component is unique, so in each product The program identification code is written online in the CPU EEPROM. In this way, each device in the system is not interchangeable and replaceable, so it is very effective for car theft prevention. It has been put into production through the development research stage.

High brightness, the light source is made of imported ultra-high brightness LED series, 120LED / m or 144LED / m encryption arrangement is the fundamental guarantee of the overall luminous effect and high brightness.